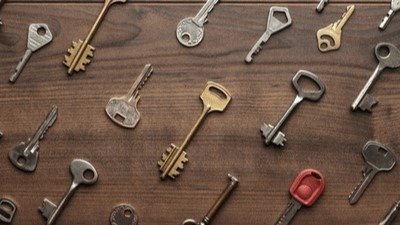 The most important keys you’ll need for big hauls

Maps in Escape From Tarkov are filled with locked things. These locked rooms can contain valuable loot from rooms to safes (and even a car trunk). Of course, they’ll need keys so you can get the goodies within. However, the rarer the key, the better the loot. That also makes the keys more expensive on the Escape From Tarkov market.

There are many keys, but not all of them will open something. Only a few can be genuinely called valuable to a player among those who do. You’ll need those few crucial keys for better loot in your runs, by location. Most of these can be found in jackets or Scav inventories. If spawn locations aren’t specified, assume that you can obtain the key in that way. Other spawns will be noted in their section.

You might find some keys that are unusable or have no purpose. Well, an update might give a lock to the latter. It would be nice to hold on to those, but the regular wipes don’t allow that. You should know which keys fall under these categories, so you don’t have to fill your cases and inventories with useless items.

There are so many other keys out there, but sometimes, the loot they lead to isn’t worth it. Planning out routes and sticking to them is a better way of raiding. Going through each locked room can take too long, and some would make you go out of your way. Taking too long on a raid is an increased risk as well.

If all else fails, some of these keys can be found on the Escape From Tarkov market. RNG can be stingy, or other players keep getting the jump on the spawns, so getting a specific key can take a while.

Keep on enjoying Escape from Tarkov!