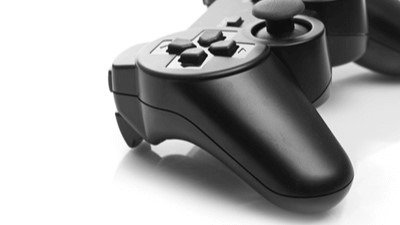 After nine years of waiting

Grinding Gear Games released Path of Exile primarily for PC users. They optimized the game for mouse and keyboard inputs, as those are the main peripherals on a PC. As time went by, players started to ask for controller support. A long-time spent farming PoE currency gave them some health issues. GGG ignored those requests until a beta for controller support was announced nine years later.

The testing phase began on patch 3.17.3 (on March 23, 2022). It’s only available for Steam users on Windows and will last until the 3.18 patch. Players can now go to the input options panel and select “Gamepad (Beta)” to start testing.

The next patch is scheduled to come sometime in May, which gives about two months of testing. Since the feature is experimental, players can expect some bugs or problems. To ensure success, they have to report every issue so GGG can fix them.

After all, players would complain (loudly and frequently at that) if they didn’t manage to polish this feature. They have been asking for this for as long as the game existed. Besides that, if they could port the game into consoles, why not give controller support for PC?

Why Is This Good News?

There’s a saying, “Don’t go fixing what isn’t broken,” which seems like something that does just that for some players. However, this is a good thing for a few reasons.

Before ergonomics became a concern, most keyboard and mouse combos strained people’s wrists when used for a long time. PoE players log hours upon hours on the game and, as a result, have pinched nerves and pained wrists. This could lead to Carpal Tunnel Syndrome, which can lead to a weakened grip, numbness, and tingling sensations.

Having the option to use a controller would ease the strain on the wrists. It’s a form of preventing Repetitive Motion Disorders (RMDs), of which Carpal Tunnel Disorder is a part of. Using a controller may also lead to developing RMDs, but the chances of developing one are reduced with correct management.

It’s also good news for those who love using controllers. They might not be able to afford a console or love the PCs’ more powerful capabilities. Plus, it’s sometimes more comfortable sitting somewhere other than a gaming chair.

Gaming should be fun and being in pain ruins that. Making sure you’re comfortable while playing a game should be a priority. Then again, some comfortable positions would aggravate some of these issues. Follow guidelines in preventing RMDs and take small breaks to alleviate some of the stress.

At any rate, this means that controller support is close for PC users. While this beta is only for Steam users, that is only for testing. The eventual feature should apply to all PC users, including Mac.

Their experience porting the game to the PS and Xbox consoles should help with this. It’ll still need some work, but players will be glad to have this feature. They’ve been asking for it for years, after all.

Beta Testers must give good feedback and test out all kinds of controllers so GGG can have a varied set of data. They can fix bugs before they can be a problem, ensuring a smooth release with as few problems as possible.

Path of Exile is an intense, action-packed experience. The game requires repeated tapping of various buttons, all in a bid to stay alive during a fight. It’s no wonder that some people are having trouble after a long gaming session.

While younger players can shrug off most of the symptoms, it comes back to bite them as they grow older. Many of these aches and pains would’ve been avoided if controller support had come earlier. It took nine years and a release to consoles to give GGG the push to finally provide controller support for PoE.

Soon, we’ll be able to farm Exalted Orbs and other PoE currency with a more comfortable controller. While the actual release for the feature isn’t set, we can expect it in a few months. Hopefully, the next generation of PoE players won’t have as much trouble playing the game with this. Take care of your health while playing Path of Exile and remember to have fun!