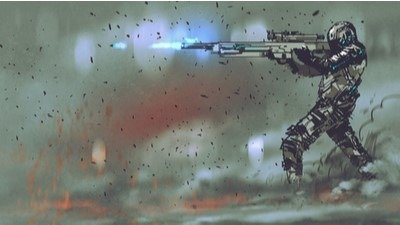 It looks like Fortnite is not coming to Steam Deck. Not at the moment anyway.

Fortnite is one of the most popular video games in the world. Millions of people play it every day. So, it’s no surprise that there are questions about whether it will come to Steam Deck. Recently, Epic Games announced that they will not be supporting or updating Fortnite to be on Steam Deck. This may be because Epic Games is worried about cheaters on Linux. The Steam Deck operating system is Valve’s SteamOS, which is based on Linux.

However, let’s dive into why this is a big deal, shall we?

Fortnite is a battle royale game that was released in 2017 by Epic Games. It’s available on PC, PS, Xbox, and macOS but not Steam Deck… at least not yet!

Fortnite started out as a more tower defense co-op type of game with a campaign called Fortnite: Save the World. However, the release of the battle-royale mode skyrocketed the game mode’s popularity and left the co-op mode in the dust. It didn’t see updates for a very long time. Who can blame Epic Games for focusing on the money making machine?

Fortnite (Battle Royale) is available for free and has become a cultural phenomenon. It’s one of the biggest games in history, with more than 350 million players worldwide, as well as over 125 million active monthly users! Fortnite also holds some pretty impressive records: it was the most streamed game on Twitch during 2018, and its popularity has only seemed to grow since then.

Being free-to-play, the game makes most of its money from the Fortnite item shop.   In-game currency can be spent to buy new weapons and character skins and other items in Fortnite’s Battle Royale or Save The World modes.

The Fortnite item shop is a little different from other games. In most games, microtransactions are used to give players an advantage in the game. For example, you can buy items that make you stronger or give you more abilities. This isn’t really the case with Fortnite. The vast majority of skins and items in the Fortnite item shop don’t actually have any effect on your gameplay. They’re just for show!

This means that people often spend money on Fortnite skins not because they want to get better at the game, but simply because they like the way the skin looks. And there are some pretty cool skins available in Fortnite!

So, what does this mean for future Steam Deck owners? Well, if you’re one of those people who would love to play Fortnite on your Steam Deck when it releases, then I’m afraid it means no good news for you folks. Since Fortnite won’t be supported, you won’t be able to transfer your Fortnite account and your items (Obviously!). Even if Epic decides to sometime add the game to the Steam Deck, this still might not be an option at the start.

What Is the Steam Deck?

The Steam Deck is a handheld gaming PC for playing video games in your Steam library. It is based on the Linux operating system and allows users to play games from their library, as well as purchase and download new games. The Steam Deck also allows users to chat with friends, join groups, and watch streaming videos. It is essentially a tiny gaming computer you can hook up to your TV or monitor.

The Steam Deck was first announced by Valve in July 2021 and is set to release later this year. The device will be available for various prices depending on which version is chosen, and pre-orders are currently open.

This sounds like a great device to get started in with PC gaming. With Steam having a huge library of games, it makes sense to grab one of these if you don’t have the strongest PC.

The Steam Deck seems like it would be a perfect fit for Fortnite. And who wouldn’t want to play Fortnite on the go? I mean technically you have the Nintendo Switch but, the Steam Deck can play way more games due to its powerful capabilities.

I can see Fortnite making its way sometime later in the future once they have better anti-cheat measures in place. Epic Games will be missing a small profit from the items gamers would be buying from the Fortnite item shop while on the Steam Deck.

A lot of Fortnite’s popularity is due to its cosmetic items for your character. These cosmetics also include dances and emotes, which make it fun when you win a match, and you start dancing. It could be considered bad manners, but it is also a celebration of your victory.

What do you think about Fortnite not coming to Steam Deck? Are you disappointed, or do you think this is a good move for the game? Let us know in the comments below. In other Fortnite news, there are some Star Wars-themed cosmetics (Book of Boba Fett) in the Fortnite item shop this week, so be sure to check them out!